A joy to read. Byrne’s memoir is beautifully told, his visual writing evoking laughter, but also profound sorrow through powerful and deeply personal reminiscence. Whether describing aspects of his childhood, his life in Ireland or his career adventures abroad, every experience is recounted with honesty, dignity, humility, and a riveting sense of place. My thanks to Netgalley and Grove Atlantic for the opportunity to read this book.

A GHOST IN THE THROAT

“Perhaps the past is always trembling inside the present…” It’s true what they’re saying. This book is a treasure. A haunting. The extraordinary within the ordinary, a tale within a tale, told beautifully.

“That the prison wasn’t the place, but the perspective.” Nora Seed has hit rockbottom… until she finds herself in the Midnight Library. Matt Haig explores the complexities of life through magical realism. Superb!

Elaine’s poetic writing carried me along, page over page. If you’ve ever spent time in a hospital ward you’ll identify with these characters, so beautifully and sympathetically drawn. Particularly Sinead, flawed, stubborn, wounded. Heart-wrenching.

Ten years ago, Heidi survived a horrendously savage attack, during which her best friend was murdered and her little sister went missing. Amnesia has plagued her, but now, she is beginning to remember…

Monstrous Souls is a tough read in relation to the sexual abuse and trafficking of children, though it is extremely well handled by the author, Rebecca Kelly. A taut thriller, the reader journeys alongside Heidi as she discovers clues from her slowly re-emerging memories… and the truth that shocks her to her core.

My thanks to Netgalley and Agora Books for the opportunity to read an ARC copy of Monstrous Souls. In all good book stores now.

“Katherine O’Dell is an Irish theatre legend. As her daughter Norah retraces her mother’s celebrated career and bohemian life, she delves into long-kept secrets, both her mother’s and her own.”

The narrator, Norah is a writer. In order to make meaning of her own experiences (the ghost in my blood) she remembers her mother’s life and career. A tumultuous life that culminated in great sadness…

There is pain and grief for Norah, but there is also catharsis, and for the reader, so much more between the lines of Enright’s beautifully constructed sentences… of a generation of women gone, and the truth of their lives…

I loved this book.

An eerie glimpse into the lives of haunted people, SISTERS is compelling and beautiful.

Born just ten months apart, July and September are as close as twins, never needing anyone but each other. When their single mother moves them to Settle House, a palpable unease slowly emerges, as do a series of unsettling revelations that will keep you reading until the very end.

Multi-faceted in theme and style, SISTERS creeps upon you and is completely absorbing.

Published July 2020. My thanks to Netgalley and Penguin for the opportunity to read this ARC.

Rebecca Solnit has written prolifically on feminism, politics and art, and while not a traditionally written memoir, ‘Recollections of my Non-Existence’ is an interesting and relatable insight into her formative years, charting a journey of enlightenment, experiences and friendships that influenced her writing and activism. 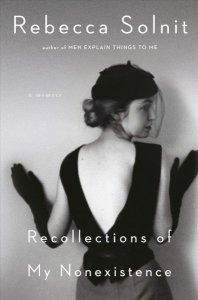 More importantly, the book shines a light on the experience of Rebecca, and indeed, for all women, finding their space in the world – a world, that because of our gender, is filled with danger and threat – and how we have negotiated survival while navigating these perils. Has anything changed, really?

Published by Viking. Many thanks to Netgalley and the publisher for opportunity to read this ARC.

Fantastical, sinister and disturbing. Unreliable narrator, Cassandra Tipp is an elderly author, and she is missing. However, she has left a manuscript for her niece and nephew to read which details her strange and harrowing life, while also holding a password to accessing the vast fortune she has accumulated from her romance novels.

Cassandra’s story is darkly surreal and woven around her lifelong relationship with ‘Pepper-man’ a vampiric faerie (yes!) and his community of woodland creatures. ‘Pepper-man is perhaps metaphorical – as companion and abuser – or perhaps not. Up to the reader to decide!

An unusual and weirdly compelling debut that layers in the real and the supernatural experiences of a troubled life. One that lingers, though if I have one gripe, it is that I don’t believe that the book title does this story justice.

Thanks to Netgalley and Random House UK, Transworld Publishers, Bantam Press for the opportunity to read this ARC. ‘You Let Me In’ is published on March 5th, 2020. 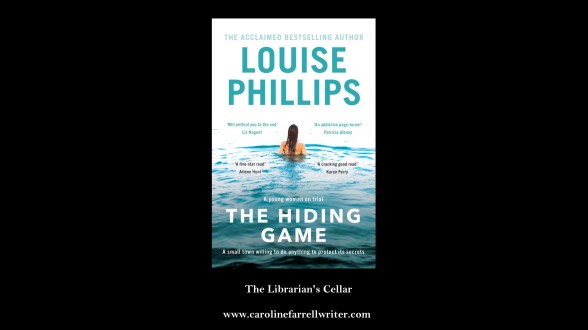 Heather Baxter is an attorney who by day, defends a young girl accused of killing an infant boy in her charge, and by night, is tormented as she tries to make sense of her mother’s unsolved murder, many years earlier. Through her journey of discovery, Heather uncovers several links between the two cases, often in terrible danger as she moves ever closer to a cruel and ruthless killer. A thoroughly enjoyable thriller combining exciting courtroom drama with unsettling secrets, mystery and intrigue!

The HIDING GAME is released on September 5th. Thanks to NetGalley and Hachette Books Ireland for the opportunity to read this ARC. 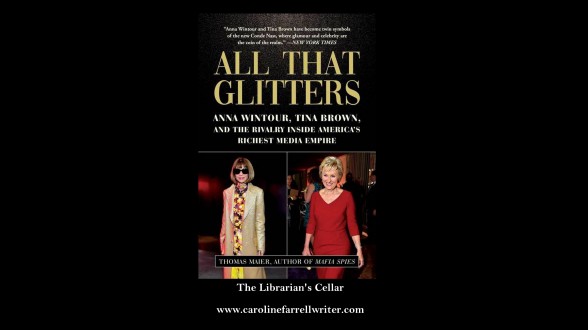 ‘ALL THAT GLITTERS Anna Wintour, Tina Brown, and the Rivalry Inside America’s Richest Media Empire’, by Thomas Maier, is an appropriate title for quite a complex book that may prove to be a useful addition to the study of American media, politics and pop culture. The author delves into the Condé Nast empire run by S. I. Newhouse Jr. and creative guru and influencer Alex Liberman. Perhaps the most interesting element of the book is how it examines the contribution of Anna Wintour and Tina Brown, both British women who worked their way to the top of this male-dominated American industry, and how they challenged the rules set down by that male establishment. It is also a sobering study of the power of magazines such as Vogue and Vanity Fair before the onset of social media. I received this ARC copy from Net Galley with thanks also to Skyhorse Publishing. Publication Date September 2019

Claire Allan’s latest novel is a quick and compelling read – for all the twisted reasons that you can imagine. Eli is a nurse working in a hospice. She is expecting her first child, feeling unwell and filled with doubts about her ability to love and care for her new baby. However, she has great support from work colleagues, a loving husband, and a very caring mother, so what could possibly go wrong? Everything, it seems as she begins to receive mysterious messages hinting that Martin, her husband, may be cheating on her. In her vulnerable state, and despite his vehement denials of any wrong-doing, Eli begins to doubt Martin… no spoilers here, but the sinister element of gaslighting takes this thriller to a chilling conclusion.

Finding time to read in December proved challenging. Books were in abundance, as were visits to bookstores. However, as the end of the busy month drew to a close, and dark evenings invited comfort food and copious glasses of wine, I decided to ignore my To Be Read tower and just indulge in the material I was most drawn to, which turned out to be personal biographies. Quick reads! I think all writers are interested in the lives of others, after all, and apart from our own experiences, isn’t that where we draw most of our characterisation from?

Here are four that kinda-sorta blew my mind!

What a story? What a life for this woman, born into a closed off, survivalist family in the mountains of Idaho, where brutality, and lets face it, serious child neglect were commonplace. Westover seems very forgiving of her family, even when she describes the extremist perspectives of her bi-polar father, and the violence meted out to her by her own brother, which is difficult to fathom. However, her personal journey into education and self-realisation is riveting. I couldn’t put this book down!

Next time you think the rich and famous have it all, think again! Melanie’s story weaves back and forth between her childhood, her fame as member of the Spice Girls, and her ten-year, abusive marriage. This is an honest, sometimes uncomfortable account of her worst days, and you have to commend her for highlighting her very personal and painful plight. If this book helps even one abused woman to reflect on her situation and get the hell out of it, then my hat is off to Melanie. Job done.

I recently watched (practically in tears) DAVID CASSIDY: The Last Session. While shooting the documentary, David was gravely ill, though didn’t seem to be aware of just how serious his situation was. It was difficult to watch it, but compelling just the same. Hence, when I came across his memoir, I was instantly hooked. Cassidy wasn’t always taken as seriously as perhaps he should have been as a talented writer, musician and actor, dealt a life-time of serious highs, but also some devastating blows that would ultimately lead to his premature death. Definitely worth a read.

An accomplished song writer, Lily’s book is honest and in parts, quite funny. However, it is also a serious and very personal telling of her childhood and what was really going on behind the scenes during her rise to fame and the years since. She is still so young, but obviously an old soul. What struck me most about her writing is the obvious maturity that she has, and her ability to place her often harrowing experiences into perspective – and to take ownership of her decisions.