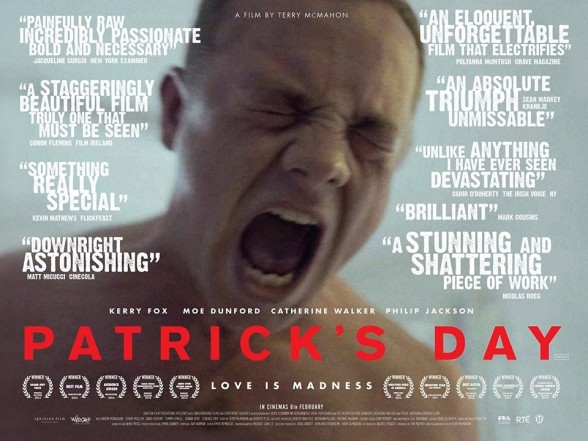 Working on projects and supportive measures around mental health, I occasionally hear people remark that they have been put off from watching films that deal with mental health matters. The most common reasons being that a lot of the better known titles have historically dealt with topics on the spectrum through harrowing, disturbing or cartoonish, comedic demonization – and dismal endings. Having done some research on films of this nature, I unfortunately concur. However, what is also true is that through a new wave of novels, adaptations and thoughtful filmmaking, all helping to remove the stigmas of ignorance that have plagued us for so long, the tide is changing rapidly, and blessed be!

The experience of escapism and anonymity is generally all that I need from a film. To become just as invisible as the guy or gal next to me amongst a collective audience, to empathize and to walk in the shoes of the characters looming large on the big screen. When a film resonates on a lesser-explored level, magic happens. Something new is absorbed, a nugget of knowledge that enriches the soul.

Patrick’s Day ticks all of the above boxes.

It is essentially, a riveting examination of a relationship between a mother and her son. A son, coping with a mental illness, who is loving, trusting, vulnerable, and craving the intimacy he so rightly deserves. And a mother who is lonely, obsessive, riddled with fear, and is therefore, possessive and controlling of her boy to the point of destructive behaviour. On a superficial level, I could perceive her to be the one whose mental health is compromised. Chipping away the layers of this character however, reveals so much more. In experiencing the ultimate, emotive act that confirms to her son that he is a man, for his mother, the realisation of this fact forces her to face a truth she is not ready to accept; that her dependant son has changed forever, and is moving away from the highly claustrophobic and defensive world she has created for him. For both of them.

Some people, but by no means all, will no doubt find the film tough to watch. Affirmed with elegant articulation by retired professor of psychiatry, Ivor Browne, the film most definitely hits a nerve through its authentic exploration of schizophrenia and one young man’s particular journey of treatment, and mistreatment, through the character of Patrick, played with breath-taking realism and incredible range by Moe Dunford.

And aside from the crisis and turmoil of the theme and of the relational aspect between mother and son, there is also that ‘thing’ in this film. That ‘thing’ that gets bandied about so much these days, but is rarely taken seriously by the largely male fraternity of filmmakers. There is a ‘strong female character’ in Patrick’s Day, and in the truest sense of what that description actually means;  a lone parent, a warrior mother, human, fallible, and as fucked-up as they come, she is portrayed with a subtle complexity through a stunning performance from Kerry Fox that makes her real and damaged and ultimately, hopeful.

Congratulations to Terry McMahon, and to the actors, cast, crew and producers of Patrick’s Day on contributing to the placing of Irish cinema in the real world of real people, and with intelligent, empathic storytelling.

Cover poster is the copyright of Terry McMahon. Patrick’s Day is in Irish Cinemas from 6th February. For more information check out: https://www.facebook.com/PatricksDay