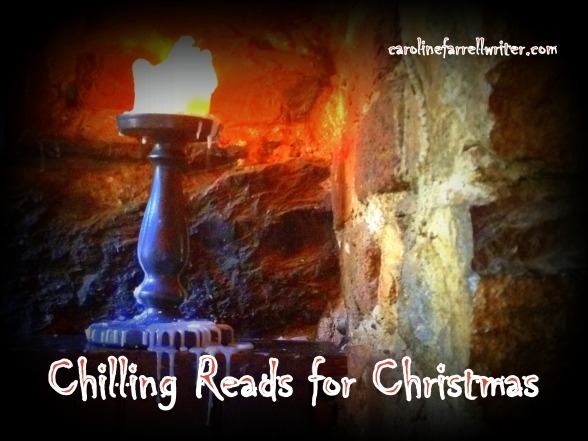 I must admit, I’ve always loved the chillier side of the Christmas madness. Not just the ‘wrap me up in a big auld cardigan’ type of chill, but the atmospheric quietness of those ‘in-between’ days, when you just can’t take any more tinsel television or jolly fa la la la la malarkey! What better time then to curl up in your armchair, shins roasting by the heat source of your choice – with a bit of candlelight for effect if your eyesight can take it! Simply add a glass, or mug, of your favourite tipple and lose yourself in a good spine-tingling read. And if you are short on reading material, here are five of my suggestions: 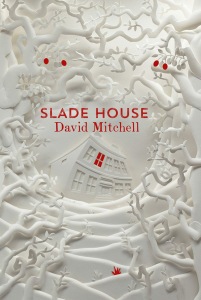 Every nine years, a guest is summoned to Slade House, behind the small black iron door, with no handle and no key – and every nine years, that guest narrates their experience as they enter into the strange and bewitching world of a house that isn’t really there, or is it? Where shape and time shift, and no-one is who they seem to be. Or are they? A quick and entertaining read, filled with a delicious mix of horror, suspense, a little of the science bit and some good old-fashioned ghostly goings on in a creepy mansion where twins, Jonah and Norah Grayer, ravenous for immortality at any cost, dwell in the twilight …

Atmospheric, creepy and entertaining, this accomplished author’s debut novel tells the story of Jude Coyne, a cynical, aging rock star with a penchant for collecting all things macabre, who goes online to purchase the suit of a deceased man – a suit that he has been assured, is haunted. Delivered in a black, heart-shaped box, little does Jude know that he is buying the ghost of an angry, vengeful old man…with a very personal – and profound – vendetta. A quick read that does exactly as you might expect, thrills and chills to the bone!

THE WINTER PEOPLE by Jennifer McMahon

In 1908, Sara Harrison Shea was found dead in a field behind her farmhouse just months after the horrific death of her little girl, Gertie. In present day, living off the grid in the same farmhouse, nineteen-year-old Ruthie’s mother has gone missing, and under the floorboards, Ruthie has just discovered a diary belonging to Sara. There are elements of psychological thriller and folk horror to this story as it moves from past to present via Sara’s diary and Ruthie’s investigations. The Winter People is also hauntingly heart-breaking…

To find his muse, writer David Binder, under pressure to produce another successful novel, moves his pregnant wife and daughter to a renowned haunted farmhouse, where the legend of the Bell Witch still rankles with the locals. Set amongst the landscape of a rural farm in Tennessee, the house is filled with secrets that Binder envelopes in his quest for research and the spark of a bestseller. Cut between the horror of experience of the previous inhabitants of the house and Binder’s unravelling, the novel has been described as Southern Gothic, as was the style of the deceased author. The descriptions of the landscape, the isolation, the people and the hauntings are vivid and mystical. I found Gay’s novel to be themed as much about mental health as it is about hauntings – and that’s cool too as the two go hand-in-hand anyway, especially in gothic fiction. 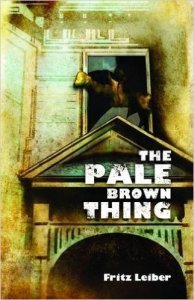 A collector’s item, in my opinion, the shorter version of Leiber’s work, Our Lady of Darkness (which I have not read) this novella is a gothic, atmospheric chiller. Set in San Francisco in the 1970’s, the Hippie culture and architecture layering in the city’s character, the narrative is a classic, old-school horror. Franz Westen, a widowed writer of supernatural stories, purchases a second-hand book by occultist, Thibaut de Castries, and bound to that book is a mysterious journal…with the ghostliest of cracklings the page came apart into two, revealing writing hidden between…and just where is the mysterious place, 607 Rhodes as referenced in the writings of de Castries? A beautiful hardback edition, this would make a wonderful gift for a diehard horror fan.